Conversion is from Community Charter the FCU had Attained in 2003

Field of membership can be credit unions’ best friend or worst enemy. I lean toward the latter as it is an antiquated notion—at least in a legal sense—in the modern financial world, although some enjoy the creativity these regulatory restrictions generate. Sticking to a niche is great if you choose it; having it thrust upon a business is an entirely different matter.

Even when credit unions were permitted expanded FOM authorities under HR 1151, the Credit Union Membership Access Act in 1998, the result was a mixed bag, opening up authorities for certain credit unions while closing doors to others. Thus, the community charter was born, and some credit unions assumed because they knew what a great deal they were, members would come flocking in. This was not the case, and growth strategies have had to evolve.

Interested in FOM amendments? Check out CUCollaborate’s Consulting to get you started.

In fact, South Carolina Federal Credit Union decided to convert from a community charter, which it acquired in March 2003 authorizing them to serve a number of underserved areas (Charleston, Dorchester, Berkeley, Calhoun, Clarendon, Georgetown and Orangeburg Counties, as well as certain underserved areas in the Columbia area), to a multiple common bond charter in October 2016 to pursue its growth strategy, beyond the existing footprint. [Disclosure: South Carolina Federal is not a CUCollaborate client, just an interesting story.] 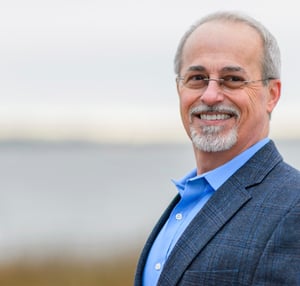 Chief Strategy Officer, Dr. Troy Hall explained, “We are open to—not pursuing—but open to merger opportunities with like-minded credit unions.” NCUA’s merger rules, however, sometimes require a bit of creativity when viewing mergers as a growth tool. For example, under South Carolina Federal's community charter, the credit union could only merge credit unions already within their approved field of membership. “Why would you want to merge with others in areas where you already have access to those members?”

Hall said South Carolina Federal was hopeful the new FOM rules would favor the credit union’s plans, but they did not. He added, “We had to move to a multiple common bond charter to be able to grow.” Hall emphasized that South Carolina Federal had established a strong Bank at Work program, working very closely with employers within its previous community charter, similar to multiple common bond credit union.

The conversion from community to multiple common bond was easier for South Carolina Federal for a couple of reasons. First, its tight relationships with the employers allowed them to move to the multiple common bond charter with more than 60 bonds (or SEGs) already on board. Additionally, Hall had been through a similar conversion process when he was with Telhio Credit Union under the state regulator in Ohio. He knew access to the regulator was key to facilitating the process, and he had that back at the state level. At the federal level, South Carolina Federal went outside for those connections to Dollar Associates.

Hall acknowledged that at $1.7 billion in assets, South Carolina Federal Credit Union has more resources than most credit unions to get the job done. The board is growth minded, so their buy in was complete. Its strategy and marketing plans were already in order and well documented; the credit union is pursuing employers with at least 50 employees but still keeping it to smaller groups with a good balance between management and workers. Its data was clean, and it had the tools to put everything together quickly. Overall, the process took about six months.  At this writing, South Carolina Federal is preparing for a spin-off merger of SC Telco Federal Credit Union's Florence operations, which supports the South Carolina Federal growth strategy while allowing SC Telco to better allocate dollars in its primary market.

If you don’t have the resources of a billion-dollar credit union, consider trying CUCollaborate’s FOM tools.