NCUA to Phase in FOM Regulations After Legal Victory

The decision finally came down Aug. 20, in the appeal of American Bankers Association (ABA) vs. the National Credit Union Association (NCUA). The opinion could create a lot of field of membership expansion opportunities for community chartered and multiple common bond federal credit unions. The court sides with the NCUA on two main issues, meaning the following two changes in regulations from 2016 are now being phased in: 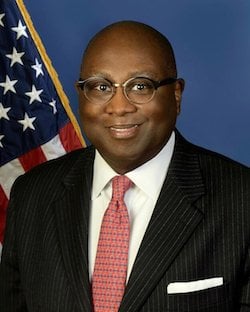 In need of Field of Membership consulting? CUCollaborate has you covered!
Click here to learn more about our services.

“With respect to credit unions serving rural districts, the NCUA Board will permit federal credit unions to submit applications seeking expanded rural districts serving geographic regions that encompass up to one million people and that meet the other requirements set forth in the agency’s field-of-membership rules. The NCUA will act on such applications at the appropriate time.

“The D.C. Circuit upheld the portion of NCUA’s 2016 rule, which allowed charters serving Combined Statistical Areas or a portion thereof, subject to a 2.5 million-person limit. We will announce further guidance on this issue shortly.

“In the near future, the NCUA Board will consider a limited proposal that will address another issue raised by the D.C. Circuit regarding the definition of local community that includes portions of Core-Based Statistical Areas that do not include the urban core. The format of this proposal will be a notice of proposed rulemaking with public comment.”

The court had issues with the update that permitted a well-defined local community within a CBSA to no longer include that CBSA’s core as part of its field of membership. However, the court did not entirely dismiss it for the time being, allowing the NCUA to provide further explanation.

The changes are widely considered a win, but what exactly do they mean for your credit union?

Community charters and underserved areas were previously limited to areas within either a single political jurisdiction like a county, or a CBSA, which is a broad term for a Metropolitan Statistical Area or Micropolitan Statistical Area. This regulation already provided fairly extensive expansion opportunities in larger CBSAs like New York-Newark-Jersey City or Los Angeles-Long Beach-Anaheim. 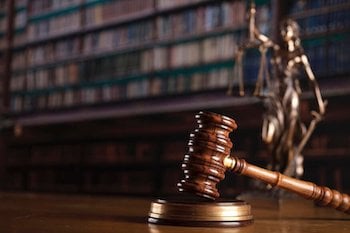 The final ruling, to “remand without vacatur” NCUA’s 2016 rule change allowing communities within CBSAs to not include the urban core of the CBSA is less clear in its repercussions. The court agreed with the ABA’s argument that the change could lead to community charters that cover wealthy suburbs while excluding low-income and minority areas of the urban center. The court has asked NCUA to further explain and defend how it plans to deal with this situation, which was compared to “redlining” or “gerrymandering.” The rule change is technically in effect for the time being, but it is unlikely the NCUA will process or approve applications like this until it is clearer whether this rule change will be allowed by the court in the long term.

The NCUA released a statement the day of the appellate court’s decision that read, “The NCUA is pleased with today’s Court of Appeals decision. The agency is still reviewing that decision. In the near future, we will provide guidance for affected credit unions.”

The NCUA – and everyone in credit unions – seems to be waiting to see what the ABA does next. The ABA likewise released a statement that read, “ABA staff will review the ruling in detail as the association determines its next steps.”

The ABA will likely appeal this decision in front of either the full DC Circuit Court of Appeals, the Supreme Court or both. The question here is whether either of these courts will agree to hear the appeal, as both of them accept only about 1% of petitions made to them for appeal – generally only those that have potential to set legal precedent. We will have to wait for further guidance from the NCUA and to see whether an appeal will be granted.

Overall, this decision is a big victory for the credit union industry and opens exciting opportunities for expansion.