‘If we had done it on our own, it would have taken a lot longer.’ 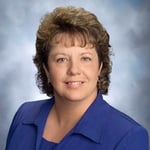 The new counties applied for include Bell, Blanco, Burnet, Lee, Milam, Cherokee, Gregg, Henderson, Rusk, Upshur, and Van Zandt, according to the Texas Credit Union Department. Wilkerson explained that the United Heritage had tried to add the association in the past. “We had always been interested in the Texas Consumer Council,” she said. “There was something in their bylaws that prevented them from being a SEG under state rules.” However, the organization’s bylaws changed, so it became eligible, Wilkerson said.

She added, “[CUCollaborate Founder/CEO] Sam Brownell and his team were a real value add. They made it really easy for us.”

By adding the Texas Consumer Council employees and voting members, United Heritage could basically serve anyone in the state, according to Wilkerson, but that’s not the plan. The CU wants to stick to members who are relatively local to their service facilities. “We still intend to mainly serve people who can walk into a branch, not just be served electronically,” she said.

Phelps said that having a separate and independent credit union regulator, unlike most states which place credit unions under the banking category, is very helpful. He emphasized that the Cornerstone league has always had a good relationship with the state agency, and during next week’s state governmental affairs conference, Phelps said the league will “fight tooth and nail to keep their regulator and keep it independent. He explained that in the past the state regulator was restricted by state budgets, but now has “self-directed, semi-independent status.” In Texas, the state reviews all regulatory agencies every 12 years to ensure they’re necessary and the review is due to come in less than two years.