How CUs Can Gain an Edge in the Digital Space

CUCollaborate Founder Sam Brownell is a self-described idealist. He believes credit unions offer the best rates and wants more consumers to, first, be able to find them, and second, streamline the online account opening process to make it more simple.

The key hindrance: field of membership. Given that consumer expect seamless online interactions, credit unions often struggle to compete as they are starting behind the curve before a consumer even Googles for loan offerings.

“Eligibility is a huge issue for credit unions,” Brownell explained. “It prevents most consumers from even trying to get a product from a credit union and, for those that do try, it often blocks them from being able to successfully get that product.” 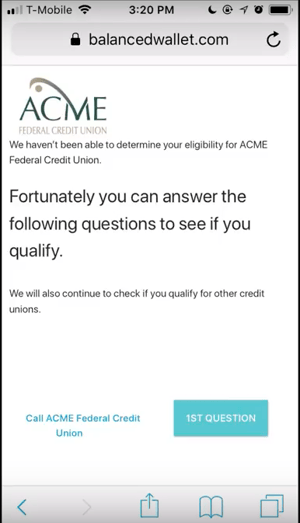 Even credit union veterans don’t realize the significance of the problem because loan origination systems don’t share that data with the credit union, according to Brownell. On bank websites, 40% of people complete account opening workflows for banks but only 16% complete accounting opening for credit unions. Credit unions are missing out on 24 percentage points of opportunity versus banks!

“The only material difference is eligibility,” Brownell stated. Fully 84% of consumers who abandon online account opening with credit unions do so on the step that asks them how they’re eligible to join a credit union.

JoinCU requests the consumer’s contact information early in the process, and the initial eligibility check takes place on the backend with their address and employer information – rather than asking members to go look up their 11- digit census track number to determine eligibility and then come back to the credit union’s site. Consumers want the process as seamless as possible.

The process allows credit unions to significantly increase membership application completion and provides referring credit unions a new source of non-interest income. After the initial eligibility check running in the background, JoinCU does ask eligibility questions to help determine eligibility. Even if the consumer abandons the online application, credit unions can then follow up with a phone call or email because the contact information was collected already. JoinCU can even be embedded in lead generators or indirect lending networks.

Credit unions are generally excluded from sites like NerdWallet because they don’t deal with the eligibility issues. JoinCU is a real credit union solution to a real credit union problem. Would you like to learn more? Schedule a demo with CUCollaborate today by clicking here!