How Do Credit Unions Fare in States Without State Charters?

How Important is a State Charter?

Competition is often said to be good for performance. Everyone is hungrier – wants the ball a little more. We at CUCollaborate were curious about the financial situation of credit unions in states with no state charter for credit unions and how they fare. State charters often allow for looser fields of membership or business lending regulations, as in California, Oregon or Wisconsin. That exclusive no-state charter club includes Delaware, South Dakota and Wyoming. 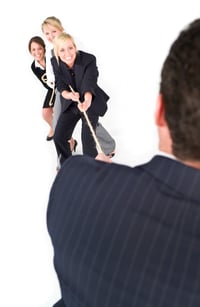 CUCollaborate recognizes that credit unions don’t only compete with other credit unions. In fact, Delaware is jam-packed with banks, primarily credit card issuers. That can make lobbying for any state-based amendments a real headache and competition even stiffer. And all legacy financial institutions are competing with younger, faster, sexier, digital versions of themselves. Plus, the local economy in various states can affect performance significantly.

CUCollaborate can help your credit union find its most effective field of membership. Learn more here.

Like the rest of the country, Delaware, Hawaii, South Dakota and Wyoming have experienced mergers to varying degrees. Credit unions in Delaware have decreased by nearly half since 2008, from 32 to 17 institutions as of June 2018, and Hawaii by about one-third, declining from 93 in 2008 to 65 in the same period. South Dakota credit unions have declined from 50 to 38. Wyoming has been less affected than others, dropping from 32 credit unions to 27 in the state.

In fact, of the statistics we reviewed covering all state charters, state charters performed better in share and loans per member, asset growth and membership growth. Federal lead in net worth, members/potential members and loan growth. Delinquencies, ROA, loan-to-share and borrowers-to-members were essentially equal between federal and state charters overall. 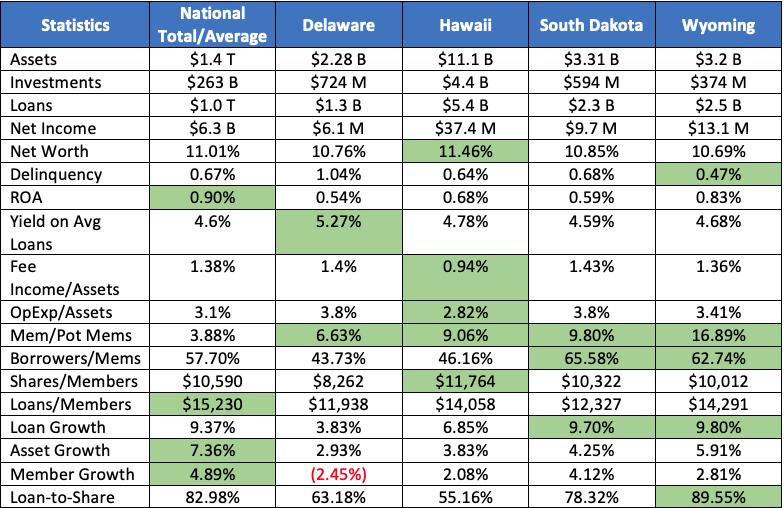