La Capitol FCU, a $507 million in assets credit union based out of Baton Rouge, La., has traditionally been a multiple common bond credit union in the New Orleans-Metairie metropolitan statistical area. According to 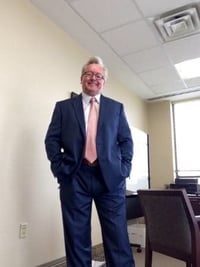 Dick Marshall, executive vice president of member services at La Capitol, the credit union had been trying to expand the credit union’s reach off and on for about ten years into local underserved areas. Previously, its efforts had been unsuccessful and “growth had been a little bit negative in the last few years,” in part by design when the credit union pull back its indirect lending program. While the credit union did have branches in the area, it was strictly select employment group-based, which raised challenges marketing to the area.

The La Capitol and CUCollaborate teams met and hammered out a way to add the areas as underserved, expanding its field of membership to reach more than 624,000 potential members. “(CUCollaborate Founder/CEO) Sam (Brownell) and our CEO met at an event and initiated discussions. We engaged Sam and his group late last year. We mapped out the areas that we wanted to target, and CUCollaborate was able to provide us with some great tools in doing that. I was really fascinated with the mapping system they've got, showing what was accessible and what your limits were.

“Once we decided to go forward with that, they were open will help us with templates on the application itself. It was a nine-month journey for us, but throughout the entire process, they were helping us tweak the application and provide additional information NCUA was looking for.”

Brownell explained, “Field of membership can be a huge challenge for credit unions but determining the most strategic areas to serve can lead to great success. CUCollaborate does just that, and we guarantee we will get your FOM amendments approved. We were very pleased to help La Capitol move into the next phase of its journey to member service and growth.”

CUCollaborate’s was founded upon moving forward strategically about field of membership and critical thinking. According to Marshall, “The underserved area was more than 300 census tracts, which was a lot for us and the NCUA to wrap our heads around. One of the things that impressed me about Sam was going through the third revision of the application was when Sam actually flipped the scenario a little bit, using a different methodology to get the boundaries we were looking for, and that was successful. I was impressed that CUCollaborate didn't just stay with the one method; they noticed there was an issue and they were able to adapt.”

This successful application means more than just adding to La Capitol’s field of membership - it’s about the philosophical side of the business as well. Marshall explained, “52% of the area lives in poverty; 27% are below United Way's ALICE threshold. We feel like we have products that would help those struggling financially as well.”

In addition to making La Capitol’s products available to these markets, the credit union is looking at this as an opportunity to help the community. “A really big initiative for us right now, statewide, not just in New Orleans, is really engaging our members and our communities in financial education. We really want to get out and educate people.” This education goes beyond those with financial hardships, including those entering into new financial relationships, such as students in universities within the newly minted FOM.