How to Solve the Credit Union Brand’s Biggest Problem

In most states, it is way too difficult for consumers to find a credit union they are eligible to join. I think this passage from the Vice article captures it best:

“I was pretty much sold [on joining a credit union] at this point and headed to an online search tool that helps people find credit unions in their community. The list I got back was disappointing: Everything in my area was named something like Epiphany FCU, or else was clearly meant for the Polish population of the neighborhood to the north of mine. I had to ask: Would any of these places even take me as a member?” 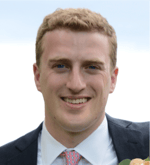 To learn more about how JoinCU can help you add members, click here.

Consumers will continue to believe they can’t join any credit union as long as they continuously fail in their efforts to join a credit union. Credit unions must collaboratively solve this problem. Increasing consumer awareness and ultimately openness to joining a credit union isn't an issue of messaging. The issue is actually making it easier to find, join and borrow from credit unions! Legislators and regulators may tinker around the edges, but fields of membership aren't going away any time soon.

CUCollaborate developed a solution, JoinCU, that addresses the problems fields of membership create for online consumers, making it easier for them to find, join and borrow from your credit union. The majority—88%—of consumers research products and services online before they buy; without better online membership options, credit unions won’t even be in the running.