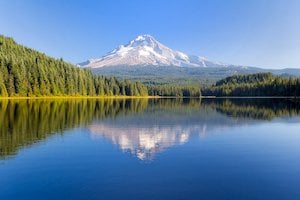 A second reason for this trend may be a state law, enacted in 2009, which permitted select employee group credit unions to convert to community charters and maintain their SEGs. Prior to the Northwest Credit Union Association (then-CU Association of Oregon)-backed clause, credit unions had to stop serving their former SEGs outside of the new community if they switched to a state community charter. It was initially opposed by the bankers in the state, but later they revoked their objections. At the time, the CUAO’s Governmental Affairs Committee Chair Scott Burgess, president/CEO of Rivermark Community CU, explained that his credit union, which previously served Safeway supermarket employees, had to shut down in-store operations and curb member service because of the previous law, and other credit unions were facing a similar situation.

Outside of Oregon, other ways of achieving these results exist through multiple-common bond and underserved area additions and expansions. CUCollaborate can help! Click here to contact us today.