What the Heck Is a TOM Code? 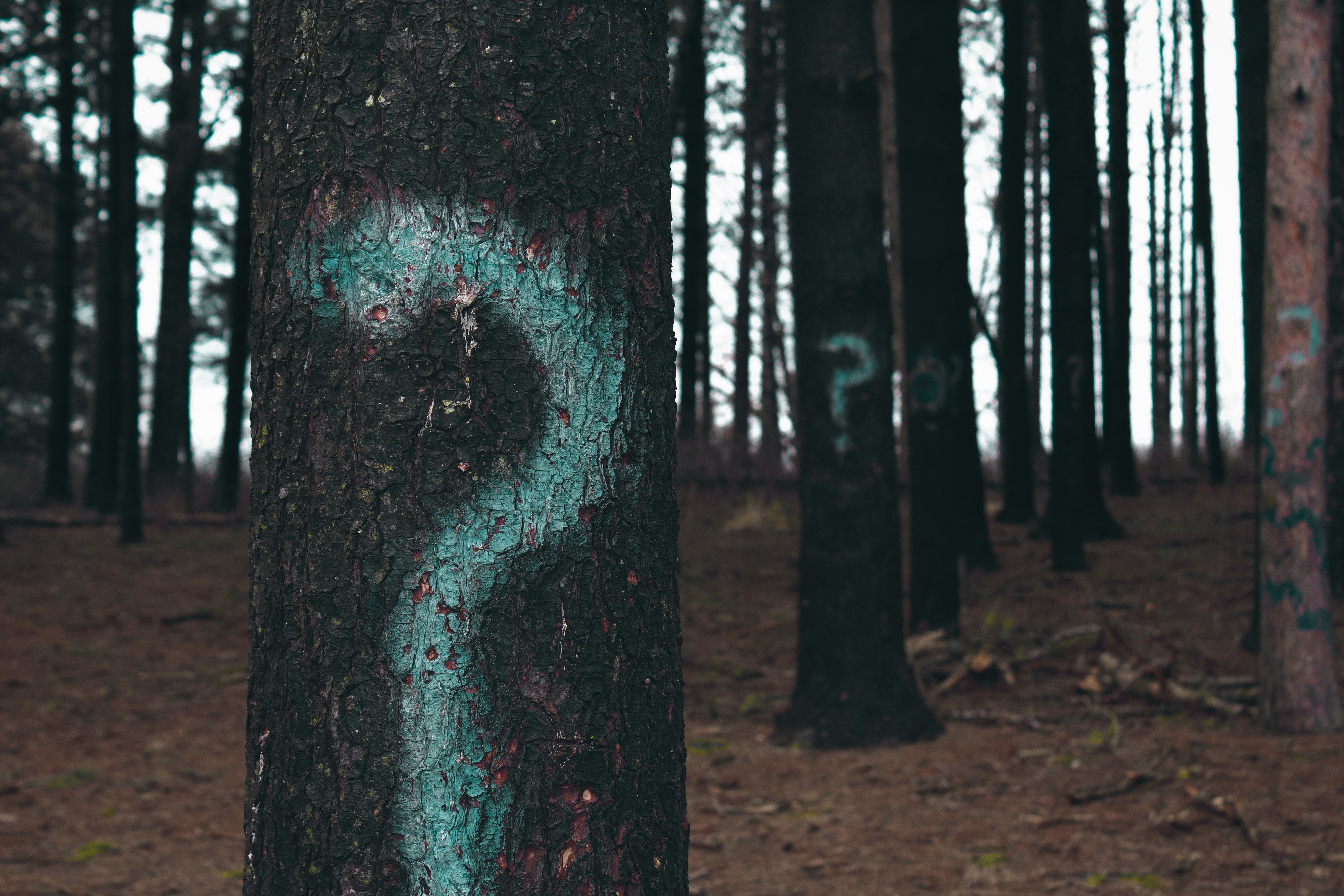 Everyone in credit unions knows there are federal and state-chartered credit unions. Most know that a handful of states allow credit unions to carry private deposit insurance rather than federal insurance through the National Credit Union Share Insurance Fund.

Credit unions are restricted by the Federal Credit Union Act to serve a limited field of membership, which are generally categorized as community, multiple common bond, TIP (Trade Industry Profession), associational or a single common bond. A community charter is geographically defined. MCBs can have a variety of commonalities linking them together, while TIPS can serve nationwide FOMs, such as all the various employees at all the airlines. Associational charters may be based at a church or other organization, and single common bond memberships typically stick with something like a single employer.

But then, FOMs are broken down even further into Types of Membership, and these are your TOM codes. For example, nationwide wide there are 929 federal community charters, according to the NCUA’s June 2018 Call Report data, down from 1,187 in 2008. Multiple common bonds have declined from 2,151 as of June 2008 to 1,490 in June 2018. Mergers have obviously affected a lot of these numbers, particularly multiple-common bond credit unions, which are easier due to the nature of their FOMs. Additionally, 15 credit unions specifically serve consumers associated with chemical manufacturing. And as big an issue as healthcare is these days, only 61 credit unions are chartered to specifically serve the market, compared to 104 in 2008. See the chart below to learn what TOM codes exist for credit unions. 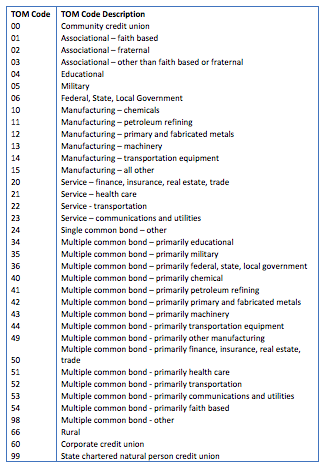