The JoinCU Cat is Out of the Bag – Challenge Accepted 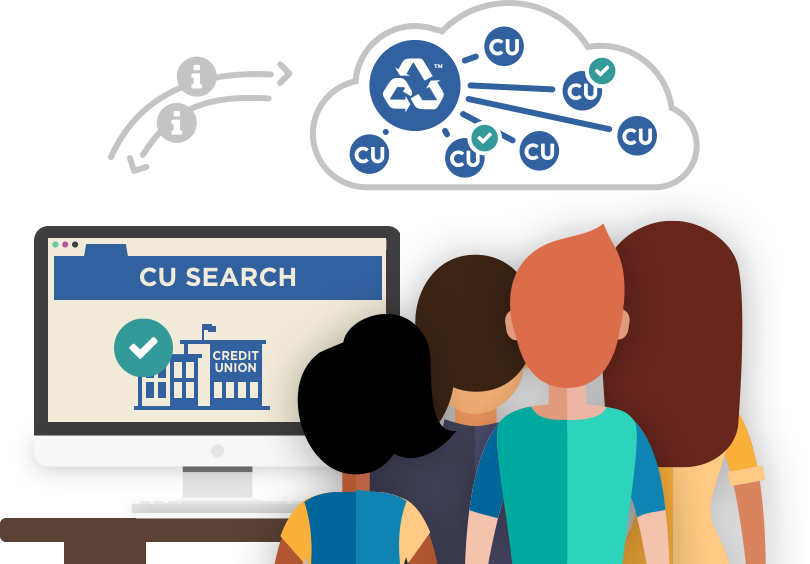 Demoing JoinCU at FinovateSpring thrilled and nauseated me all at once

Since founding CUCollaborate I have made a lot of mistakes, too many to count, but the biggest was keeping the idea of JoinCU a secret from everyone for years. JoinCU is a tool built to spread the credit union gospel and has the potential to add 10 million new credit union members each year. Yes, I can appreciate the irony.

JoinCU is CUCollaborate’s field of membership validation solution that doubles the conversion rates of credit unions’ online applications and allows credit unions to digitally compete for consumers on a level playing field with banks. Knowing that, I hope you can understand why I kept it a secret and it was a massive mistake.

As we started to develop JoinCU, we would only show and sell a very watered-down version and purposefully hid the potential impact and value of JoinCU from everyone we talked to – even when trying to raise capital. I thought it was such a good idea that if I told anyone they would steal it and beat me to the punch – until I realized that keeping JoinCU a secret prevented us from actually executing on our vision. Selling a product when you don’t want to tell the perspective customer what makes your product so great or an investor how much money you think it would make is a bit of a hurdle. What we should have done was execute on our idea as quickly as possible and tell as many people as possible about JoinCU’s expansive capacity to add members and revenue for credit unions as a cooperative community, unencumbered by field of membership restrictions.

If you’re interested in learning more or seeing a demo of JoinCU in which I don’t black out, click here!

JoinCU is going to change the way consumers bank, and more specifically who they bank with: credit unions. We needed to identify the largest yet most targeted audience we could find to announce the product and build the networks to allow us to scale rapidly, so on May 9 we unveiled JoinCU at FinovateSpring in Palo Alto, Calif.

We knew we weren’t going to win best in show because we were making enemies of probably more than half the audience that included credit union executives, bankers, venture capitalists and various others. We know credit unions inside and out, but we don’t have many connections outside the market. It was critical that we reveal our technology at a non-credit union-specific conference to ensure that companies outside our industry understood our goals and could help us grow credit unions.

I am terrified of public speaking. I practiced the JoinCU demo A LOT. In the mirror, walking to work, even in my dreams. I woke up in cold sweats from nightmares concerning credit union field of membership technology—how messed up is that? I am told I did a good job, but I honestly can’t tell you about it – I mentally blacked out. For all I know, I might not have mentioned CUCollaborate or JoinCU at all. Finovate posts the video publicly so once the video is out the whole world will know how it went.

To my surprise we were approached by USAA.

I didn’t expect to have many people come up and talk to us after the demo – mostly because we are banks’ worst nightmare. Any attendee that competes against credit unions was not going to have anything to say to us, or at least anything nice. I thought maybe companies that connect consumers, like LendingTree, Credit Karma and SuperMoney, might want to ask us some questions. And they did.

To my surprise we were approached by USAA. I had always thought of the problems caused by field of membership eligibility as being unique to credit unions, but when you think about it USAA faces the same (albeit self-imposed) problems. So, it was great to get validation from a very large and wildly member-friendly financial institution facing the same problems as credit unions. We also spoke with a few credit unions that were interested in exploring our product, which is great, too!

It was on my flight home that I was going through the business cards I collected and mapping out next steps for each contact when I realized that our secret was finally out. It was both exciting and a little scary. The idea is out there. CUCollaborate hopefully will be the ones to execute on the idea or it could be someone else, but either way the idea behind JoinCU will be executed. Credit unions finally will compete against banks on a level, digital playing field for market share, which is really exciting. I’m determined CUCollaborate will be the company to execute on that vision. We must be ready to execute rapidly now. The cat is out of the bag. Either way credit unions will benefit, which thrills me and hopefully energizes you, too.

This race is on. Challenge accepted.