A Strategic Approach to Field of Membership Can Save Credit Unions

Earlier this year, CU Times ran the headline, “NCUA Approves 52 Mergers at the End of the Third Quarter.” That’s nearly 1% of all credit unions in one quarter!

Some were strategic combinations for expanded fields of membership and services, as well as efficiencies of scale, while others were blamed on poor financial performance. From declining taxi medallion loans to inability to find new leadership to field of membership crises, some are preventable and others not so much. Many of us in the credit union community hate to see them go, e 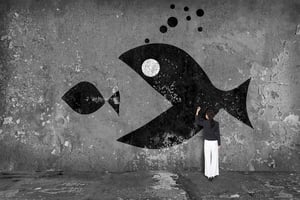 specially when strategic measures could be taken to prevent it.

One of the merged credit unions was the $3.5 million Sears Spokane Employees Credit Union, which merged with the nearby, $73 million PrimeSource Credit Union. The tiny credit union’s membership declined by nearly half from 1990 through 2018 to 528 members. The credit union was the last of the 27 credit unions nationwide that served employees of Sears. Following that many closures, the eventual closure might have been inevitable.

In the 1890s, Sears was an innovator in retail – today’s Amazon if you will, which is now partly blamed for the department store’s decline. Its catalogues were delivered to customers via the mail, as were its products. As a kid in the 1970s and 80s, I would spend hours sprawled on my bedroom floor, flipping through the several hundred-page Wish Book at Christmas time, ogling the latest toys and dog-earing pages until I whittled them down for my letter to Santa.

In the 80s and 90s, Sears got into financial services, launching Discover card and other consumer credit. Ironically, it even had an online portal for sales pre-dating the internet. By the 1990s, Sears was selling off its financial services endeavors to return to its retail roots.

Enter Walmart, which was the retail innovator of the 90s and early 2000s, opening new stores at an amazing clip with low-priced goods, eating into Sears’ dominance and revenues. Then came Amazon, expanding from books to all types of retail sales online at inexpensive prices and boasting a simple user experience – further diminishing Sears’ reign in retail.

Seeing Walmart as a greater competitor than Amazon, Sears bought Kmart, which had its financial struggles as well, in 2004 to help compete. The combination proved disastrous and once the economic crisis hit, Sears has not been able to recover. It lost more than $10 billion between 2011 and 2016, and in October 2018, Sears filed for Chapter 11 bankruptcy relief as its debts nearly doubled its assets.

The writing has been on the wall for Sears for decades, and its hold-out credit union was taken down with it. The scenario is not uncommon among credit unions; like the taxi medallion credit unions, diversification can be a tricky business, particularly as it pertains to field of membership. Pride in a credit union’s roots must be balanced with a vision for the future.

The Importance of Expansion to Credit Union Growth 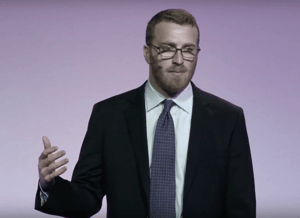 “Field of membership can be a blessing and a curse for credit unions,” Sam Brownell, president/founder of CUCollaborate said. “On one hand, credit unions know their members and can insulate against certain risks, but on the other, fields of membership can create risks. When almost all of a credit union’s members depend upon one company for a paycheck, it can create problems for the institution should something happen to the original sponsor, as the Sears scenario demonstrates.

Instead of shuttering or merging a 70-year old credit union, we could be talking about how it understood and faced its current realities and prospered by implementing a strategic approach for survival. CUCollaborate can help.