The NCUA Board amended Appendix B to Part 701 of its Chartering and Field of Membership Manual to allow for these narrative applications in addition to the previously permitted presumptive community-based charters based on single political jurisdictions or core-based statistical areas.

“Keep in mind the narrative approach is an additional option that is available to establish a well-defined local community,” Susan Ryan, consumer access analyst in the Office of Credit Union Resources and Expansion (CURE) of the NCUA, explained recently on an agency webcast. “Credit unions will still have the option to define their proposed community using presumptive criteria.”

Need field of membership consulting? Check out CUCollaborate!
Sign up for a demo today!

The narrative option process is exactly as it sounds; federal credit unions must use sufficient supporting documentation to establish well-defined local communities. Additionally, the federal credit union must also demonstrate its ability to serve the requested community and its intent to serve the entire community. If the requested area in the narrative application exceeds 2.5 million, public hearings will be held before the NCUA makes a determination of its permissibility.

Richard Mumm, CURE consumer access program officer at the NCUA, explain that whether the application is for a conversion or and community charter expansion, it must still demonstrate the ability to serve. The NCUA will review the federal credit union’s business plan, as well as its marketing plan and calendar, plus its two-year financial plan projections.

Mumm added that third-party evidence of a local community is the most persuasive type of information in these applications, including census bureau data, information from state and local government agencies, business trade organizations, university studies, and the like. Evidence by inference, meaning conclusions based on available information that does not directly draw the exact conclusion, can be persuasive, but it depends upon what the information is. Finally, Mumm warned, anecdotal evidence based on observations is the least persuasive to the agency in approving the application package. 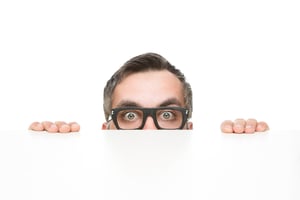 What this means for federal credit unions is they must show very specifically how the areas residents interact or share common interests.

Learn how CUCollaborate’s field of membership consulting can help.

Other supporting criteria should include, as appropriate:

If the application exceeds 2.5 million residents, the agency must hold a public hearing, either at the agency’s headquarters or in the local community. Any Interested parties can provide written comments to CUREMail@ncua.gov – need to be submitted seven days before date of public hearing. Any interested party can request to present at public hearing, which should be submitted to the same email address. The hearing may include up to eight 30-minute presentations, including the applicant, the first six interested parties to notify NCUA and another interested party selected by the NCUA that may not be among the first six requests. The NCUA will post the hearing date 30 days prior in the Federal Register.