Legislation would allow all credit unions to add underserved areas to their field of membership, regardless of charter.

Although the chances of enactment this year are iffy—at best—Sen. Alex Padilla, D-Calif., on Monday introduced legislation that would allow all credit unions to expand their fields of membership into underserved areas.

The measure already has passed the House as part of a larger bill. It had no Republican support when it passed and likely faces stiff GOP opposition in the Senate.

It also has been the subject of fierce opposition by banking trade groups, who have termed it a power-grab by the credit union industry.

Support for the Measure

The legislation, however, has remained a priority for credit union trade groups.

“The House has already passed this bill, and we look to continue to gather support in the Senate for this much-needed update to credit union fields of membership,” CUNA President/CEO Jim Nussle said.

In addition to allowing all credit unions to add underserved areas to their fields of membership, the bill would exempt business loans made in those areas from the member business loan cap. It would also expand the definition of an underserved area to include any area that is more than ten miles from a branch of a financial institution. 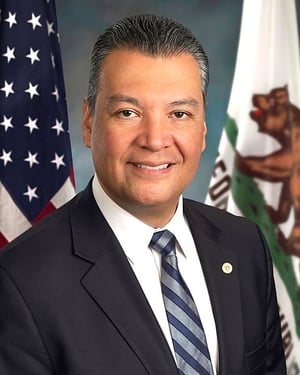 “For far too long, disadvantaged communities have been left behind or have faced barriers in accessing reliable financial services,” Padilla said. “I’m introducing this legislation to ensure that every family and small business has the tools they need to thrive financially because your zip code shouldn’t define the services you can access.”