The NCUA has signaled that liquidity will be of particular concern for them, as Chairman Rodney Hood and Board Member Todd Harper both addressed the issue at NAFCU’s Congressional Caucus last week. Not only are low-income credit unions exempt from the member business lending cap, but they also have broader authorities to access liquidity in the form of secondary capital and nonmember deposits. 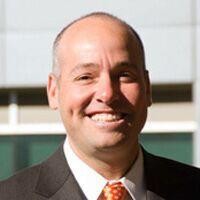 Olden Lane is a broker dealer and registered investment adviser that regularly works with credit unions on issues of funding and capital. Olden Lane CEO Michael Macchiarola explained that he sees CUs apply to accept secondary capital for a handful of reasons. One would be growth: “We see plenty of credit unions that would like to grow into their loan demand, but are constrained because, if assets grow faster than capital expands through retained earnings, it compromises the net worth ratio in the short term.” The second reason credit unions typically pursue secondary capital is for what Macchiarola refers to as “triage.” “Your capital position is impaired, and you could use a boost to plug a hole to fix a temporary problem. Perhaps secondary capital could work for you.” Here, however, he warns that triage capital without a broader strategy is not appropriate. In fact, Olden Lane’s research reveals that “secondary capital realizes its highest and best use when employed by substantial credit  unions with reasonable economies of scale,  or middle-to small-market  credit  unions with  demonstrated  growth prospects  and  sufficient capabilities to perform necessary planning and risk management to succeed with secondary capital.”

Should you position your field of membership to optimize a low-income designation? Ask CUCollaborate today!

Increasingly, a third group of credit unions is looking to secondary capital as a means to improve the net worth dilution that would accompany a merger or acquisition.

Finally, the fourth reason Macchiarola itemized, and one that was fairly common during the Great Recession of 2007-08, is the desire to stack additional defensive capital to handle consumers’ flight to safety. If a credit union is deluged with deposits as consumers retrench, the net worth ratio declines. For certain credit unions, the LICU designation and secondary capital are worth a look as forecasters continue to increase the country’s likelihood of an impending recession.

While these uninsured accounts are required to have a maturity of at least five years, Macchiarola explained that nearly all of the current repayment plans carry a 10-year maturity with repayment of 20% over each of the last five years of the agreement. 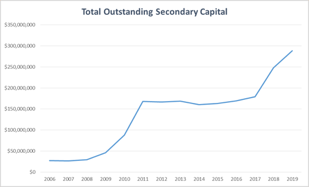 All LICUs are eligible for secondary capital and about half of credit unions are LICU-designated, Macchiarola said, adding, “There's tons of room for upside and there's tons of potential for people that do it responsibly.” But many credit union leaders feel it’s too long or complicated a road. Some don’t want to deal with the NCUA for nine months, can’t find time for the administrative burden or don’t like the payout, he added. Many simply don’t need it.

“The people who have actually failed with secondary capital tend to be smaller. They also tend to have

taken it when their net worth was lower…and they took it as a one-off and not part of a big, broader plan,” Macchiarola concluded. Over and over, he cautions that, to be successful, the process requires preparation and due diligence and a thoughtful, holistic approach to the credit union’s overall strategy.

Looking for even more liquidity? Read our earlier blog on obtaining CDFI grants!

On the funding side, nonmember deposits, in particular, could rise in importance for a number of reasons. First, with loans-to-shares ratios across the industry at 40-year highs, most lenders are seeking reliable and less costly funding options. Traditionally, credit unions and community banks offer higher rates on CDs to quickly bring in funds, but the big banks are making this game more difficult every day. “The big banks were really not what you worried about in the local deposit market,” Macchiarola observed. “But now increasingly the big banks are swooping in for those deposits because they need to gather those the deposits to help keep the ratio that the regulators are insisting that those banks keep.” Additionally, newer fintech and digital channel offerings are making it more efficient for depositors, further increasing competition. Perhaps the most noticeable manifestation of the increased competition is the sharp rise in the growth of share certificates, the most expensive organic funding source available to credit unions. 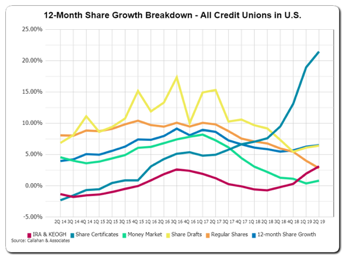 Over the past year, the  cost of funds across the industry increased from 70 bp to 97 bp, a 40% increase. Macchiarola said, “That’s why credit unions have to think about funding sources and the cost of funding like never before.”

Read our previous blog on how LICUs stack up financially with all credit unions! 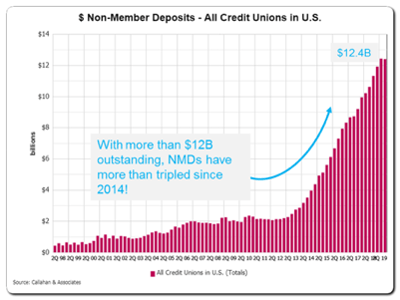 By such limitation, the current capacity for credit unions to accept nonmember deposits is about $250 billion. Yet, balances are only currently at $12 billion. “It’s just not the way credit unions have thought about it,” Macchiarola said. “There’s this bias to give the member the better rate by paying more for member deposits before accessing the nonmember market.” If the credit union wants to preserve its net interest margin, however, Macchiarola cautions that such a philosophy ”will lead to increases on the other side of the balance sheet, as the rate on member loans has to increase to account for the increased cost of funds.”

In addition, the NCUA Board is considering a proposal to increase acceptance of nonmember deposits up to 50% of shares to be consistent with the Federal Credit Union Act’s limit on borrowings.

So, if credit unions are not yet taking full advantage of nonmember deposits, why bother increasing the maximum? “Liquidity is front and center for the NCUA,” Macchiarola said. “Let’s acknowledge something refreshing about this regulator: They are forward thinking. They are actually looking down the road and they understand that credit unions are taking their liquidity from too few sources and they are too reliant on their members.” Plus, he added, today’s member deposits are harder to access, more costly and less reliable. “Liquidity is not a problem, until it is. And once it is, you can’t do anything to fix it.”