Credit unions looking to grow assets quickly have traditionally turned to mergers for help. However, merger activity has slowed considerably this year: the NCUA reported only 61 approved mergers through June 30, 2019, on pace for a 64% reduction compared to 2018.

A Sept. 3 article in Wall Street Journal reported a new growth trend with the eye-catching headline, “Credit unions go on bank buying spree.” According to the paper, credit unions have purchased 21 banks since 2018, compared with 12 purchases over the previous five years.

The prospect of growing by way of a bank purchase sounds like a tall order, especially given current field of membership restrictions.

So, why bother? What do banks have that credit unions don’t? 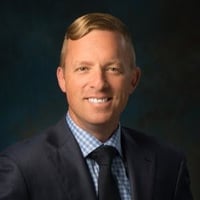 Instant profitability, Michael Bell, a partner at law firm Howard & Howard which has built a reputation among credit unions for bank acquisitions, stated. The balance sheet reality is that a bank purchase is revenue positive from day one – even if the bank is troubled.

“If you’re seeking to invest capital and strengthen your credit union, the math here is friendly and helpful,” Bell said.

Bell explained banks have additional benefits that could also be found in a credit union merger but certainly add to their appeal, such as liquidity, consumer deposits, business deposits and loans, talent, financial management capabilities and market share growth.

Credit unions might be surprised to learn that Bell said every type of credit union can make a bank purchase work. While he emphasized that any credit union can buy a bank, when it comes to FOM flexibility, the federal multiple common bond charter is best because it doesn’t include any geographic restrictions.

Why not a community charter? Even though the NCUA won a lawsuit filed by bankers challenging its expanded community charter definition, the regulatory relief provided still limits communities to well-defined statistical areas and enforces a population cap of 2.5 million.

A multiple common bond charter, on the other hand, has no geographic or population limits. Associations can be used to qualify members and if the credit union also qualifies for a low-income designation, it can hold nonmember deposits if bank customers don’t otherwise qualify. Additionally, loans of nonmembers can be held in a CUSO as a relief valve.

It seems like a lot of extra time and headache, but Bell said the NCUA approval process for both can occur simultaneously. In fact, a charter conversion is a natural part of the bank purchase proposal, included in the business plan outlining how the credit union would effectively serve its new members. 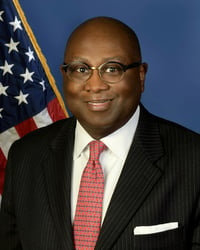 The NCUA and state credit union regulators have not been opposed bank purchases, Bell observed, but the recent increase has been a matter of building approval efficiencies, which he predicts will continue. He pointed to a statement NCUA Chairman Rodney Hood made in the Wall Street Journal article, announcing plans to introduce a rule later this year that would codify bank purchase regulations. Hood cautioned in the interview that credit unions should pursue banks that comport with their existing field of membership and lines of business.

Bell doesn’t see that statement as a sign the NCUA will restrict field of membership charter conversions to facilitate bank purchases. While Bell said he’s no fan of regulation, a rule to cover the process of a credit union's purchase of a bank could bring certainty and guidance to the process, which could be very positive.

Furthermore, banks are never forced to sell out to a credit union; they choose to do so as members of a free market. Some, in fact, refuse to entertain credit union offers.

That economic freedom runs both ways, Bell concluded. Banks can legally purchase credit union assets, too, but they don't. Why? Bell deduced if the problem isn't a legal one, it must be an economic market issue.