Select Employee Group additions increased in 2021, varying in size from one to 1.7 million potential members. Discover what other insights our analysis revealed.

Select Employee Groups, or SEGs, are groups that share any common bond of association or occupation. Common types of SEGs include: employees of a company, contractors who commonly work for the same company, members of a fraternal organization, members of a church, students of a school, etc. 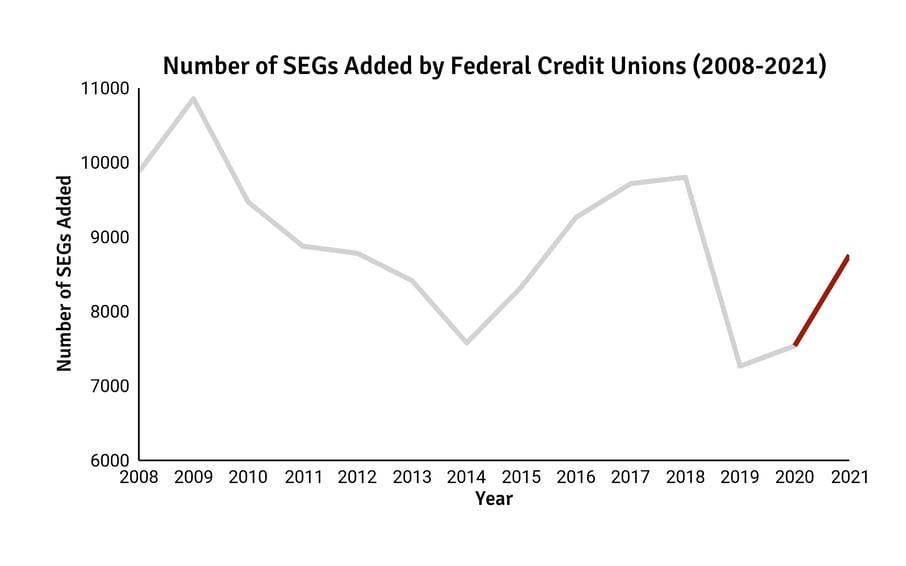 For the year 2021, SEG additions peaked in the month of March, which coincides with tax return season. 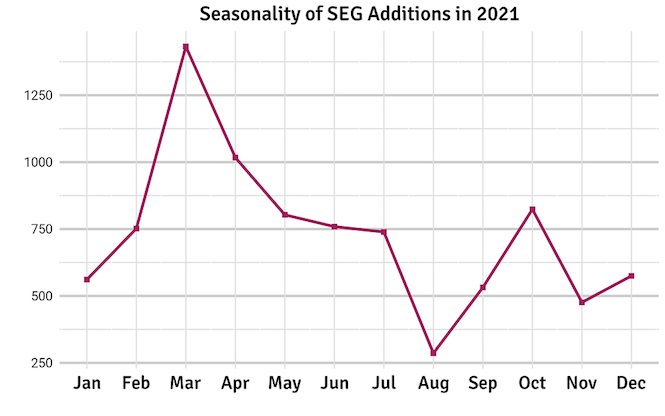 When we take a closer look at the number of additions occurring each day, no clear pattern emerges in regards to which day of the month the additions occur. 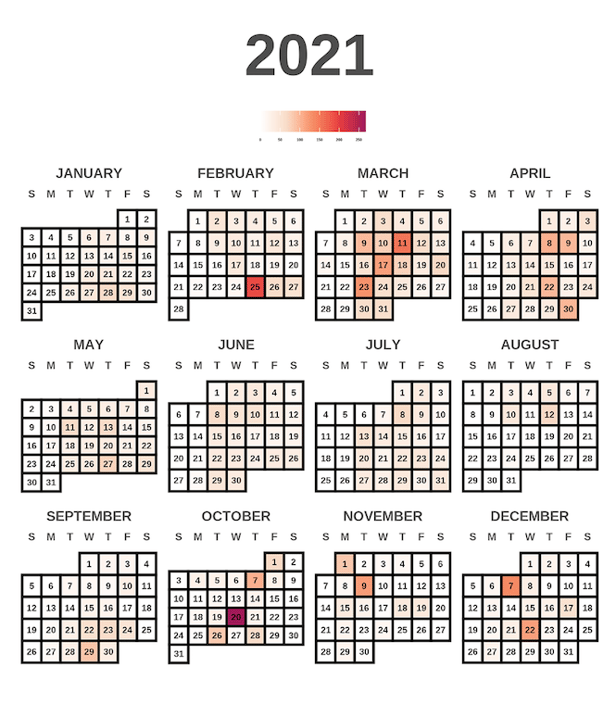 The number of select employee groups added to fields of membership rose significantly in the year 2021 and the number of credit unions that were able to add SEGs slightly declined, matching the trend we saw in our 2020 SEG Analysis. Furthermore, these groups tended to have employer-based common bonds and had less than 100 members.

Contact us today to learn more about our select employee group consulting services and see how adding SEGs could help your credit union grow.