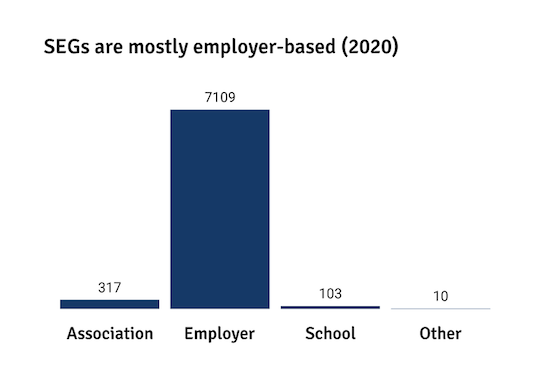 7,109 groups were employer-based, representing 94.3% of SEGs added. 317 groups were associations, 103 groups were schools, and 10 groups fell into other categories.

SEG additions didn’t seem to follow a clear monthly seasonality in the year 2020, although it can be seen that the months with the most additions were February, July, and October.

When you take a closer look at the number of additions occurring each day, a pattern emerges in which many additions took place at the end of each month. 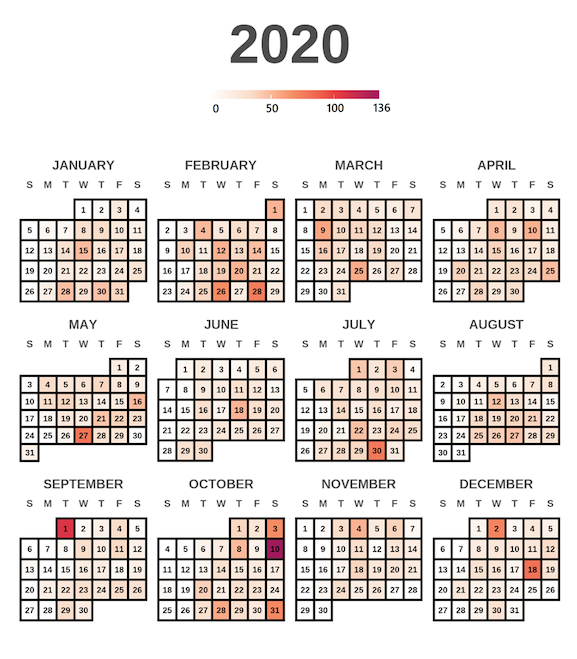 The number of select employee groups added to fields of membership rose in the year 2020, but the number of credit unions that were able to expand via these group additions declined, following the trend we saw in the additions from 2008 to 2019. Further, the majority of these groups were employer-based, had less than 140 members, and were added toward the end of the month.