A History of CDFI Certifications and CDFI Awards

Learn about the history of CDFI Certification and the CDFI Fund's various awards, including how they can help your credit union grow Field of Membership.

About the CDFI Data

The data on CDFI certifications and awards come from two sources, the first of which is a dataset which contains a list of all CDFIs for each year from 2013 to 2020. The second dataset comes from the CDFI Fund's Searchable Award Database which allows one to find organizations that have received awards from 1996 to present. 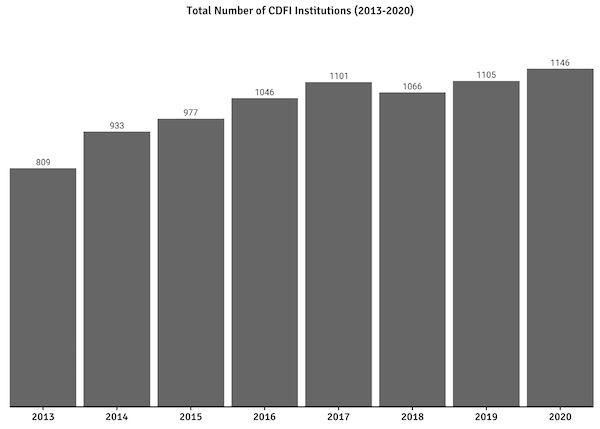 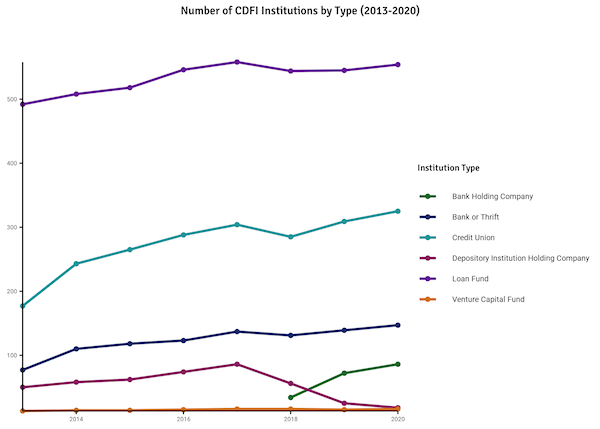 In 2020, over 500 CDFI-certified institutions were loaned funds and over 300 of them were credit unions. 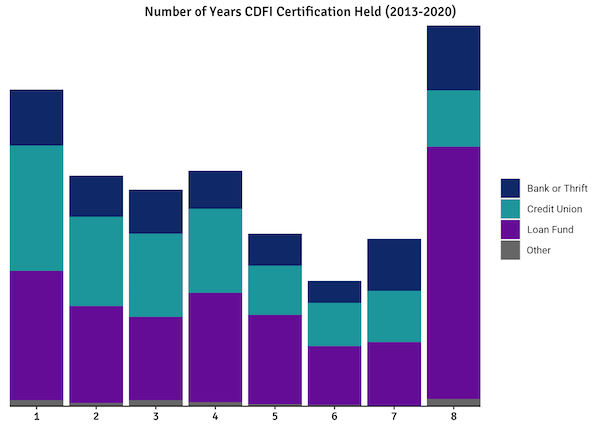 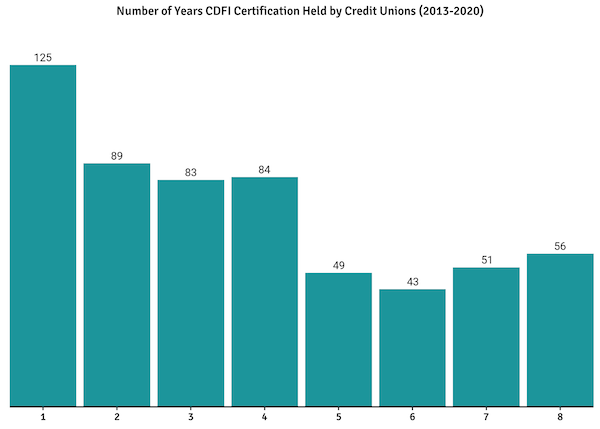 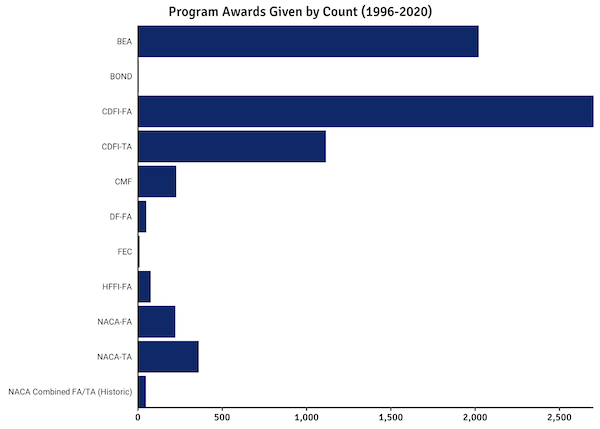 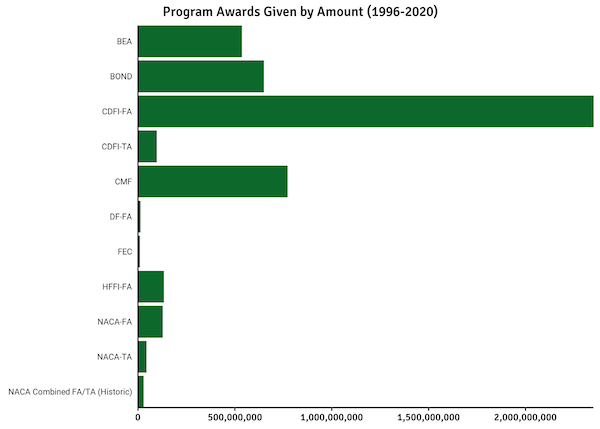 The CDFI-FA program has offered the most awards by both sum amount and quantity. Out of the $4.76 billion given to CDFI institutions between 1996 and 2020, over $2.35 billion came from the CDFI-FA program. 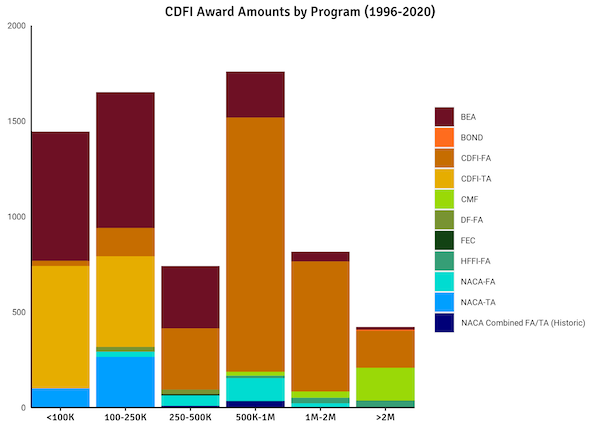 Looking at the award amounts given by program, a few more details stand out. First, although the BEA and CDFI Technical Assistance (CDFI-TA) programs have many awards by count, these awards tended to be smaller in amount (less than $250,000). On the other hand, the Capital Magnet Fund (CMF) and the Bond Guarantee Program (BOND) offer a small number of awards but a large sum amount of award money. Additionally, the CDFI-FA stands out again with its high number of awards granted, which typically range from $500,000 to $2 million. 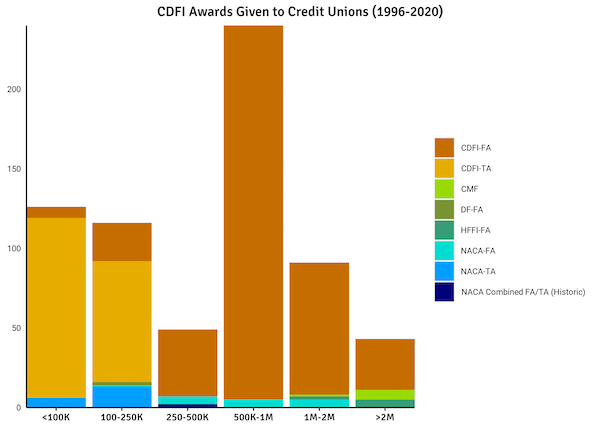 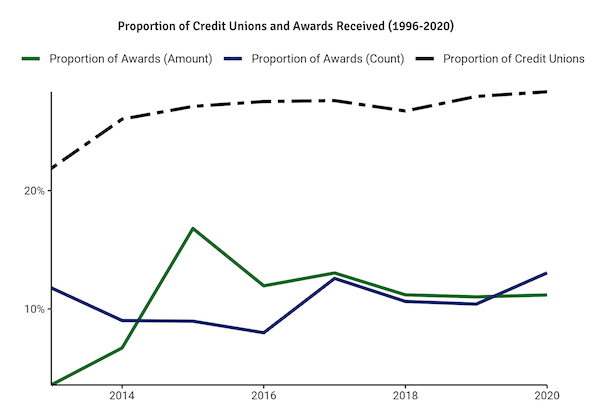 Although credit unions made up 20–30% of CDFI certifications from 2013 to 2020, they only claimed around 10% of CDFI awards on average when considering both quantity and dollar amount. One possible explanation for this discrepancy is that there are some programs, such as BEA and BOND, which offer awards exclusively to banks.

There are many awards available to credit unions that are CDFI-certified. If you are interested in obtaining a CDFI certification or if you already have one and need assistance writing award applications, learn how CUCollaborate can help you through these processes by scheduling a free consultation with our team.