Analyzing the Credit Unions that Expanded via SEG Additions in 2019

Our recent article, Analyzing Credit Unions' 2019 SEG Additions provided insight into the types of select employee groups (SEGs) federal credit unions are adding. Now, let's talk about the credit unions that are adding SEGs. It's important to note that asset size is a significant limiting factor to how much a credit union is able to expand its Field of Membership. To address this, we've split our analysis into 5 asset categories:

Medium: Assets between $10 million and $50 million

Large: Assets between $50 million and $100 million

Extra-Large: Assets between $100 million and $1 billion


These asset-size buckets are where we found comparable groups within the data. For each of these size ranges, we determined which credit unions had business development teams that were performing exceptionally in comparison to their available resources. We accomplished this by taking a closer look at the number of groups added and the total potential members added to their fields of membership. For the sake of making these observations as relevant as possible, we chose to focus our analysis on the years 2015 through 2019. Asset sizes were determined by averaging the assets a credit union had at the time of their SEG additions and may not necessarily reflect the credit union's current asset size. 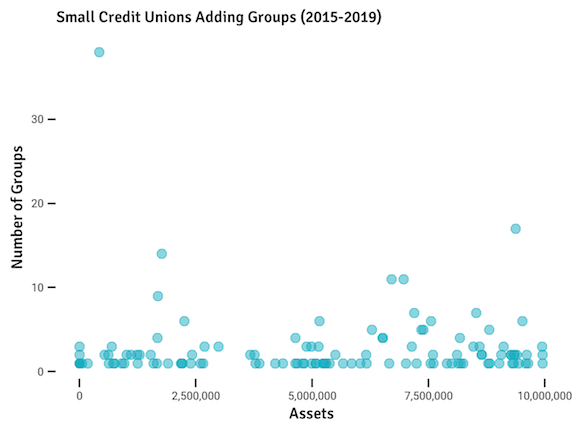 Credit unions with less than $10 million in assets only added one to three SEGs on average between the years 2015 and 2019. As shown in the scatterplot, it was incredibly rare for a credit union of this size to add more than 10 SEGs to their field of membership, which makes it impressive that Empire Financial Credit Union (Jackson, NJ) managed to add 38 groups during this time.

Taking the number and size of the SEGs into consideration, these are the top 10 “small” credit unions achieving exceptional FOM potential:

Credit unions with assets between $10 million and $50 million averaged two to four SEG additions during this time period. The highest number of groups added was 61 by Pinpoint Federal Credit Union (Milton, PA). 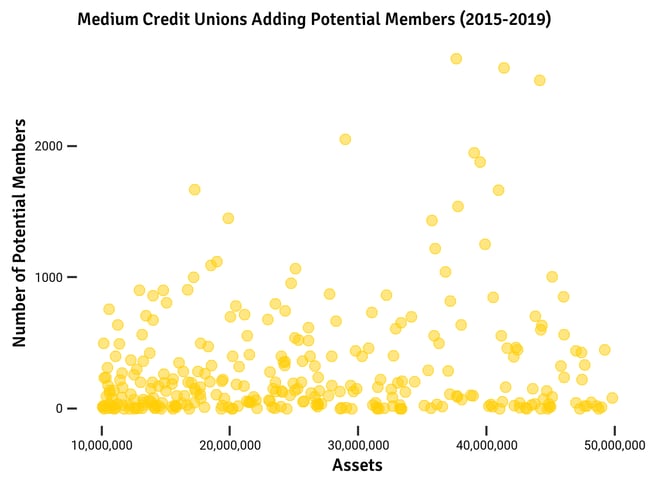 As they averaged slightly more groups added, the medium-sized credit unions were also able to add more potential members to their fields of membership than the small credit unions. The middle 50% of members added ranged in size from 27 to 401 members and one credit union added over 2,500 members – CenturyFirst Credit Union (Hattiesburg, PA) who expanded their FOM by 2,667 potential members.

Taking these two factors into consideration, these are the top 10 “medium” credit unions creating opportunities to grow significantly through SEG additions: 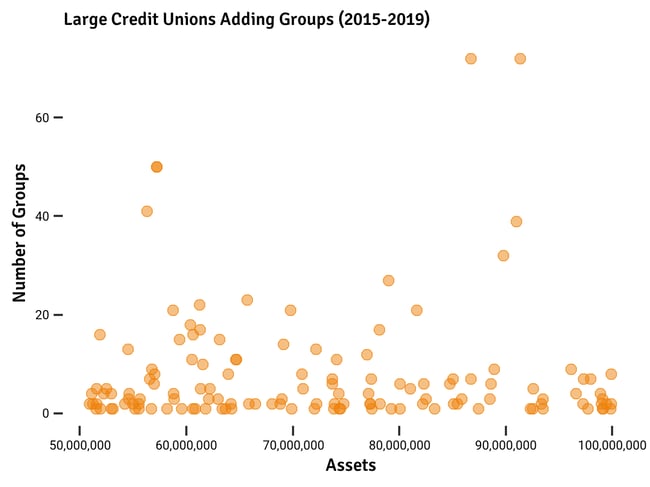 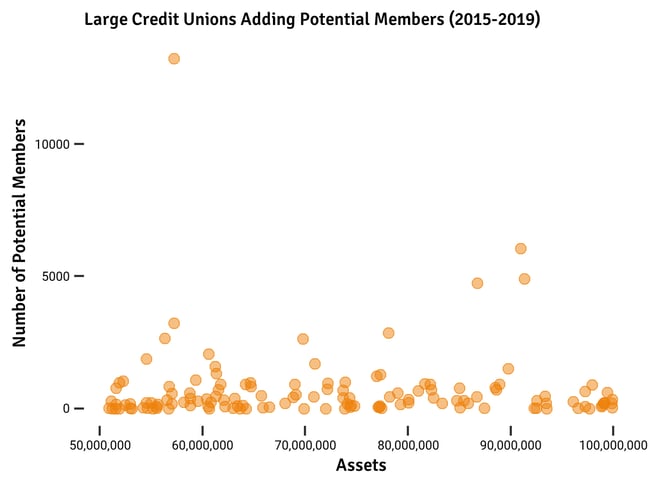 The middle 50% of total potential members added ranged from 77 to 775 members. The credit union which expanded the most during this time was Cove Federal Credit Union (Edgewood, KY), which used SEG additions to increase its field of membership by 13,286 potential members.

Taking these two factors into consideration, these are the top 10 “large” credit unions that are expanding fields of membership significantly compared to other credit unions their size: 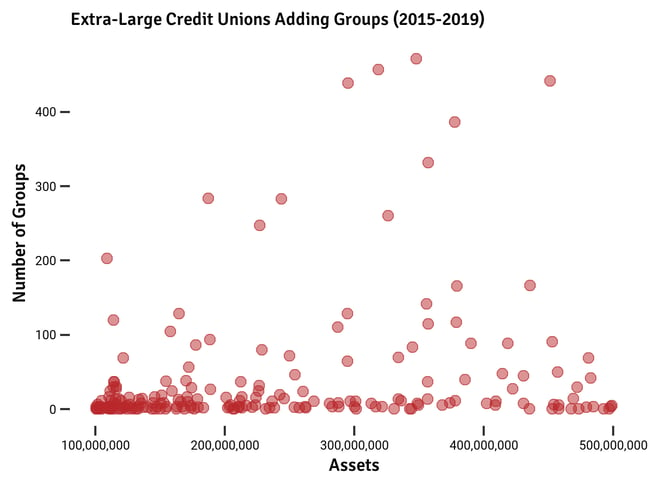 Greater variation existed for credit unions with assets between $100 million and $1 billion. The median number of groups added was eight while the mean average number of groups was 39. The standout credit unions were able to add more than 400 groups, and the credit union that added the most SEGs was Service 1st Federal Credit Union (Danville, PA) which added 472 SEGs. 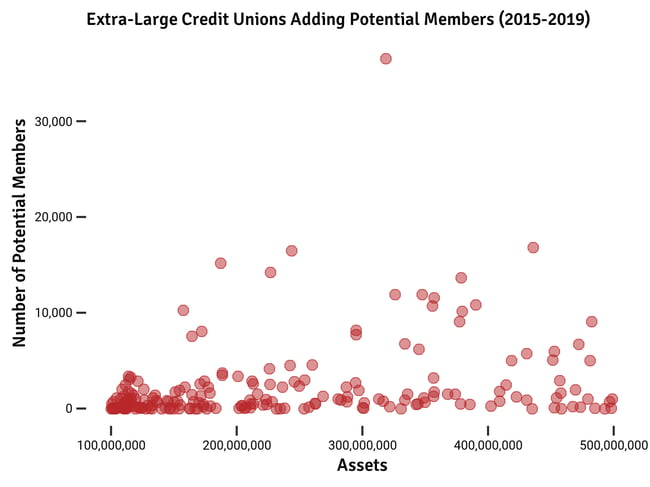 Taking these two factors into consideration, these are the top 10 “extra-large” credit unions that are impressively expanding member access compared to their peers:

Our final category is composed of credit unions with assets of more than $1 billion. Due to their abundant resources, credit unions in this category were able to add many more SEGs than other sized institutions. The median number of additions was 36 groups and the mean average was 248 groups. A few credit unions stick out from the rest: America First (Riverdale, UT) was able to add 5,780 groups, Empower (Syracuse, NY) added 4,624 groups, and Members 1st (Mechanicsburg, PA) added 3,559 groups.

Taking these two factors into consideration, these are the top 10 “huge” credit unions  expanding more than their comparable counterparts:

Expanding YOUR Field of Membership

CUCollaborate specializes in expanding fields of membership for credit unions. By streamlining the writing of SEG Applications through automation, the process has never been easier! Our groundbreaking, geo-mapping software pushes the boundaries of your field of membership further than previously thought possible. Contact us today for a no-cost, growth strategy consultation.

Bankers Take Credit Union Battle to the States
Why You Might Need an Overlap Letter to Expand
Are State Charters on the Decline?
Comments