What are some common features of SEG Additions?

CUCollaborate employed the Freedom of Information Act (FOIA) to request data on all SEG additions by federal credit unions between 2008 and 2019. Using this data, we found interesting information about the types, sizes, and locations of these groups and the seasonality of their additions to credit union fields of membership. 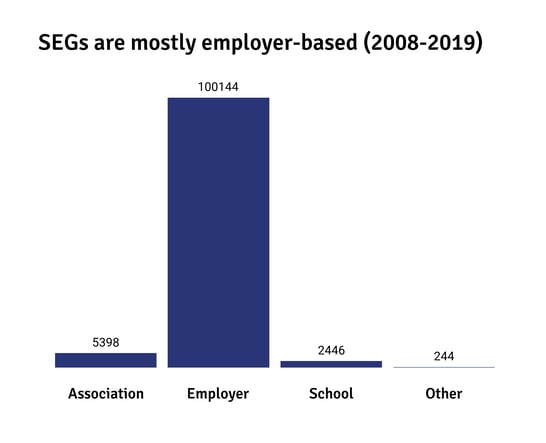 In addition to being primarily employer-based, SEGs were also mostly of a similar size – 50 members or fewer. As can be seen in the histogram below, there are very few SEGs added with more than 250 members: 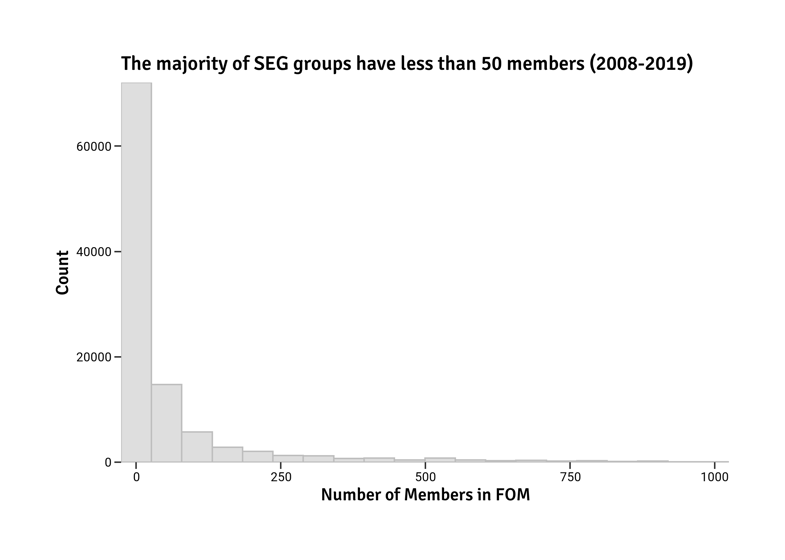 We also analyzed which states added the most SEGs. More than 20,000 SEGs from Pennsylvania partnered with credit unions between 2008 and 2019. Other states with a high number of new groups include New York, Utah, and Hawaii. 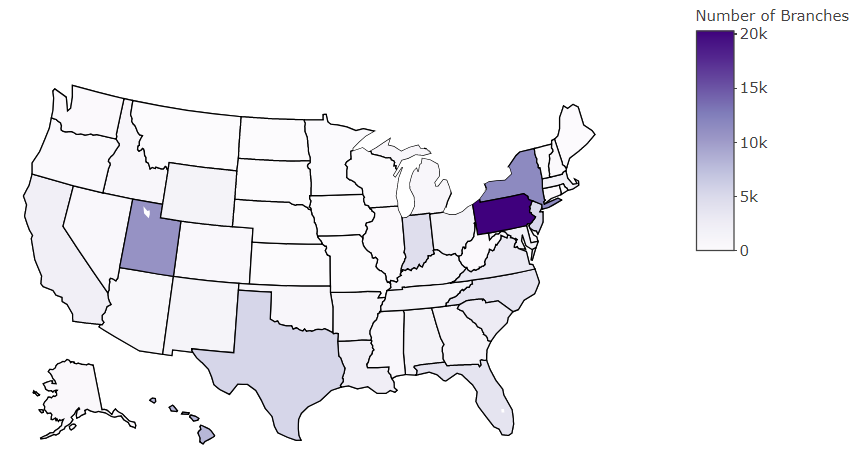 SEG Additions peaked in the month of March, which coincides with the tax return season. 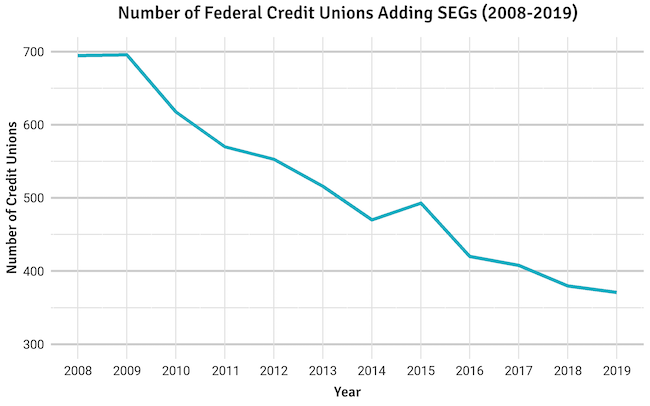 Our analysis uncovered some interesting insights about the types of groups that collaborate with credit unions. Notably, these groups are mostly employer-based, have an average size of 50 members, and many are located in Pennsylvania. We also discovered that SEG Additions peak in the month of March and the number of credit unions adding SEGs is on a decline.