Credit unions applying to expand their field of membership (FOM) are facing increasingly longer wait times for applications to be approved, according to data from the National Credit Union Administration (NCUA)’s Office of Credit Union Resources and Expansion (CURE).

The data, obtained under the Freedom of Information Act, show that:

–Between 2012 and 2016, the average approval response time for an FOM expansion application was 88.5 days across an average of 62.8 submitted applications per year.

If the early trends in 2022 are any indication, that figure may only continue to rise—based on approvals recorded in January of this year, the average wait time was 169.7 days.

Response from the NCUA

The number of applications received and the complexity of the geographic areas dictate processing times, according to Martha Ninichuk, director of the NCUA’s CURE office. 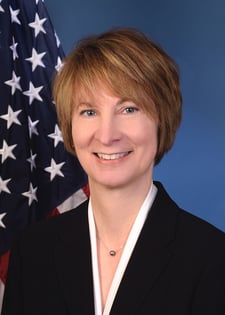 She added that underserved area applications the agency receives often are not complete, meaning the NCUA must gather additional information from the credit union or consultant hired in order to finalize the application.

Ninichuk further noted that in most cases of credit unions seeking to add underserved areas, the institution does not have the ability and intent to serve the requested areas in their business or marketing plans. In some cases, she added, financial projections are not supported by reasonable assumptions and many applications do not conform to requirements in the agency’s Chartering Manual.

Potential Updates to the Process

Ninichuk explained the NCUA updated its field of membership rules in 2016, 2018 and 2020, stating that the process is reviewed continuously and noting, for instance, underserved area applications now are submitted electronically.

“Yet, we routinely see packages that are not complete, and not tailored to each individual credit union,” she said. “Receiving a complete package from the outset that meets all requirements outlined in the Chartering Manual would help to expedite the process.”

Officials from the Credit Union National Association had no comment about the speed of field of membership applications.

Andrew Morris, senior counsel for research and policy at the National Association of Federally-Insured Credit Unions, said that in the organization’s annual survey, only 12% of respondents felt that a slow NCUA approval process is a constraint in field of membership expansion.