The House Financial Services Committee on Tuesday will mark up legislation that would allow all federal credit unions to add underserved areas to their field of membership (FOM). 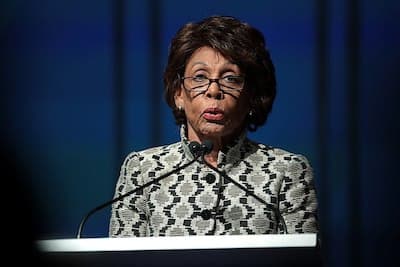 The legislation, titled the Expanding Financial Access for Underserved Communities Act (H.R. 7003), is sponsored by committee Chairwoman Rep. Maxine Waters, D-Calif. The bill is enthusiastically supported by credit union trade groups but has been denounced by banking groups as a power grab.

“This legislation is a major step toward increasing financial inclusion by simply allowing credit unions to serve communities that have been left behind by the big banks,” Credit Union National Association (CUNA) President/CEO Jim Nussle said in a statement.

“What H.R. 7003 seems to provide, however, is the ability for credit unions to expand out-of-market, a reality that the credit union lobby has attempted to obfuscate in this debate. Congress should not help facilitate tax-exempt regional or national banks,” they wrote.

H.R. 7003 is one of several bills the committee is scheduled to consider. The panel is also set to mark up the Strengthening Cybersecurity for the Financial Sector Act of 2022 (H.R. 7022), legislation that would give the National Credit Union Administration supervisory power over third-party vendors and which credit union trade groups oppose.

To learn more about underserved areas and how they can help expand your credit union's FOM, visit our field of membership consulting page and contact us today!