Senate Confirms Harper for Full Term on NCUA Board

Agency board Chairman Todd Harper confirmed amidst opposition from Republicans, support from Department of Justice.

The Senate on Wednesday confirmed Democratic National Credit Union Administration (NCUA) Chairman Todd Harper to serve a full, six-year term on the agency’s board through April of 2027.

The vote ended 59–40, with many Republicans opposing the nomination. Some Republicans have been outspoken in their opposition to Harper’s policies, while others have even questioned the legality of the nomination itself.

Harper had been nominated in 2019 to complete the term of Debbie Matz, who had left the board. In August, President Biden nominated Harper to serve a full, six-year term. 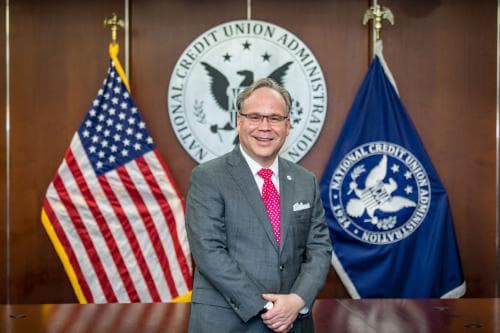 When the Senate Banking Committee approved Harper for a full term on the board earlier this year, its ranking Republican Sen. Pat Toomey of Pennsylvania questioned the move’s legality.

Toomey said that Harper’s reappointment violates the prohibition on a board member serving successive terms.

However, in December, 2021, Assistant Attorney General Christopher Schroeder wrote a memo to the White House Legal Counsel stating that the Department of Justice (DOJ) believed Harper could be nominated for a full term.

“We conclude that Chairman Harper’s first appointment as a member of the Board was to an ‘unexpired term’ and he therefore is eligible for reappointment,” Schroeder wrote.

Before joining the board, Harper served as director of the agency’s Office of Public and Congressional Affairs and chief policy advisor to Matz and former board member Rick Metsger. He is the first member of the NCUA’s staff to become an NCUA board member.

How a Low-Income Designation Can Be an Advantage to Your Credit Union
NCUA to Update FOM Process, Replace FOMIA with new CAPRIS Software
NCUA Issues Funding Request to Congress for CDRLF Program
Comments