Credit union advocacy groups and one NCUA board member have backed the push to allow cannabis-related businesses greater access to financial services.

As House and Senate conferees struggle to come to an agreement on a massive competitiveness bill, lobbying is intensifying in an effort to convince them to include marijuana banking legislation in the measure.

The House-passed bill contains it; the Senate measure doesn’t, so it is up to conferees to resolve the issue.

In recent days, 24 senators, the National Association of Federally-Insured Credit Unions (NAFCU) and state cannabis regulators have all sent letters to congressional leaders stressing the need to allow marijuana-related businesses to have access to traditional financial services. The Credit Union National Association also has endorsed the measure, as has National Credit Union Administration board member Rodney Hood. 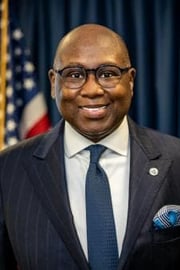 Rodney Hood of the NCUA

What Does the Bill Cover?

The banking bill would provide financial institutions with a regulatory safe harbor if they chose to provide services to cannabis businesses in states where marijuana is legal. Currently, since marijuana is illegal on the federal level, regulators could sanction credit unions and banks for dealings with any businesses that sell it. As a result, many companies are forced to operate as cash-only operations without access to traditional financial services.

The House has passed the bill several times and supporters successfully attached it to the competitiveness bill because it is considered must-pass legislation. Senate Majority Leader Charles Schumer, D-N.Y., has been reluctant to consider marijuana banking as a stand-alone measure, saying the issue should be addressed in a comprehensive cannabis legalization bill.

However, pressure is building to include the measure in the competitiveness bill, with supporters arguing it will be impossible to enact comprehensive legislation this year.

The Letter from Senators

Last week, a bipartisan group of 24 senators, led by Democrats Jeff Merkley of Oregon and Jacky Rosen of Nevada, told conferees the cannabis industry has become a powerful job creator and a significant generator of tax revenue. 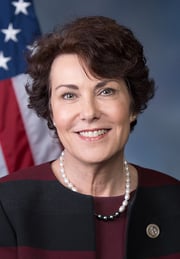 In addition to addressing the issue of the cash-only businesses becoming easy targets for crime, the senators noted that moving large amounts of cash from the cannabis industry into the banking system ensures accounts will be monitored in accordance with anti-money laundering and Bank Secrecy Act rules. 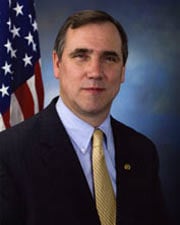 “Enacting the SAFE Banking Act via the jobs and competitiveness legislation before us would support a rapidly growing industry that creates jobs, fosters innovation, supports small businesses, and raises revenue in states that have chosen to legalize cannabis, while reducing safety risks to industry employees and the public alike,” they stated.

The Response from NAFCU

In a letter to congressional leaders, NAFCU Vice President of Legislative Affairs Brad Thaler said the trade group has heard from a number of credit unions who say members or potential members operating or serving cannabis-related businesses have sought financial services from the institutions.

Thaler wrote that enactment of the marijuana banking measure would “be an important step towards improving clarity and addressing what is often perceived as misalignment between federal and state laws.”

“Licensees across a number of states have experienced break-ins and robberies resulting in millions of dollars of damage, stolen property, and even death,” they wrote.

“In addition to decreasing these threats, access to traditional banking services would provide our regulatory agencies with greater insight into licensed operators and could help in efforts to prevent diversion and criminal enterprises,” they added.

In a related development, King County, Washington recently has created a marijuana retail security task force to develop strategies to prevent criminal activity targeting cannabis retail locations and provide a report. County administrators said that since the start of 2022, industry officials have identified more than 80 crimes committed against marijuana retailers in the state, with the vast majority being armed robberies.

How a Low-Income Designation Can Be an Advantage to Your Credit Union
NAFCU, Inclusiv Ask NCUA for Help on CDFI Certification Backlog
Yellen: NCUA Lack of Oversight Power is ‘Gap That Needs to be Filled’
Comments