Both NAFCU and CUNA in support of bill allowing credit unions and banks to offer employment to those convicted of some lesser criminal offenses.

The House on Wednesday passed legislation that would expand the opportunities for people convicted of certain minor criminal offenses to work at both credit unions and banks.

The bill, supported by credit union trade groups, reduces the “lookback” period for certain criminal charges to seven years, or five years from the time a person is released from incarceration. The act also makes it clear criminal offenses that have been expunged, sealed or dismissed are not to be included in the eligibility-to-work reviews conducted by the National Credit Union Administration (NCUA) or Federal Deposit Insurance Corp. 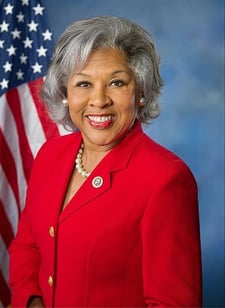 The legislation builds on a rule adopted by the NCUA board in 2019. That rule specified credit unions would no longer be required to submit applications to the agency to employ people who have bounced checks for a moderate amount of money or have been convicted of small-dollar, simple theft; false identification; simple drug possession; or minor offenses committed while they were young adults.

The bill was praised by House Democrats and some Republican members.

“For far too long, American citizens, especially people of color, who have paid their debt to society, have continued to face unnecessary barriers to employment within the financial services industry,” Rep. Chuy Garcia, D-Ill., said during House debate Tuesday.

Rep. French Hill, R-Ark., agreed. “Just because an individual once committed a crime does not automatically mean that they can never be trusted, nor does it mean they are un-qualified to work in our financial system,” he stated.

Credit union trade groups endorsed the legislation and applauded the House for having passed it.

National Association of Federally-Insured Credit Unions (NAFCU) President/CEO B. Dan Berger agreed. “The House passage of the Fair Hiring in Banking Act marks a significant step forward for this legislation which would reduce the obstacles for Americans, especially those who have paid their debt for minor offenses, from working in the banking industry,” he said.