House Committee Chairman Blasted From All Sides for DEI Plans

It’s shaping up to be a long two years for Rep. Patrick McHenry.

Now, the recently appointed chairman of the House Financial Services Committee has angered progressives and conservatives alike over his handling of Diversity, Equity and Inclusion issues.

What Has McHenry Done So Far?

Upon taking the helm of the panel, McHenry abolished the Diversity and Inclusion Subcommittee that had been established under former Chairwoman Rep. Maxine Waters, D-Calif. 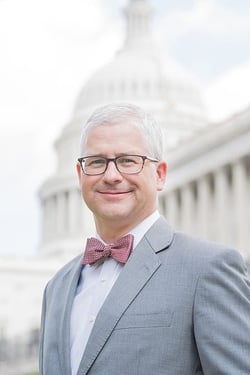 But then, in announcing the jurisdiction of the Financial Services Committee’s subcommittees, McHenry said each would be charged with “identifying best practices and policies that continue to strengthen diversity and inclusion.”

Conservatives jumped on that decision, contending that every subcommittee now is supposed to explore an issue that they consider “woke.”

Waters established the Diversity and Inclusion Subcommittee when she became chairwoman in 2019, and said she is deeply disappointed McHenry is abolishing it.

“Through Congress’ first-ever subcommittee of its kind, we held historic hearings and authored ground-breaking reports that provided unprecedented transparency and accountability to America’s largest financial institutions,” she said.

Waters added McHenry’s announcement that each subcommittee will have diversity and equity as a component is insufficient.

“We know that a diversity and inclusion strategy with no tangible goals, accountability measures, or a senior point of contact, rarely leads to significant impact,” she stated.

Meanwhile, the conservative organization FreedomWorks blasted McHenry for even including diversity and inclusion as goals.

“This woke ideology is the antithesis of a free market and meritocratic society in which this country was founded on, and it is appalling to see that Republicans are committing to continue to advance the Left’s radical agenda from the 117th Congress,” said Noah Wall, FreedomWorks’ executive vice president. “The Republican House majority was elected by the people to eliminate the Left’s woke, anti-American agenda. Any Republican supportive of advancing woke policies is only doing the Left’s legwork for them.”