NAFCU in support of both increased reporting thresholds and updated filing process.

The Financial Crimes Enforcement Network (FinCEN) is working with other federal regulators to determine whether the threshold triggering the requirement that financial institutions file reports with the agency should be increased, Acting Director Himamauli Das told the House Financial Services Committee Thursday.

Congress required such a review when it updated the federal Anti-Money Laundering/Bank Secrecy Act as part of the FY21 defense authorization bill.

Currently, credit unions and banks must file a report for cash transactions exceeding $10,000.

“I think it is an important issue to review,” Das told the committee, although he could not set a deadline for the assessment, stating instead: “We hope to get this done as soon as possible.”

Increasing the thresholds for the reporting of various transactions has been a priority for credit unions and some members of Congress.

During Thursday’s hearing, Rep. Roger Williams, D-Texas, noted the thresholds have not been adjusted since the 1970s. To underscore his point, Williams, who owns car dealerships in Texas, pointed out that a Corvette going for $500 back then now costs more than $100,000.

In a letter to the committee in preparation for the hearing, Brad Thaler, vice president of legislative affairs at the National Association of Federally-Insured Credit Unions (NAFCU), said the trade group has been pushing for increased reporting thresholds and a simplified filing process.

“Modernizing and increasing the required reporting thresholds is the highest priority of NAFCU members in producing reports and records that are highly useful in countering financial crime,” Thaler wrote. He also suggested the reporting thresholds be tied to the level of inflation.

In his testimony, Das claimed FinCEN needs more money from Congress if it is to meet new requirements in the AML/BSA law. He further stated the agency has missed required deadlines for issuing regulations required under that law because it does not have enough staff members to complete the tasks.

“The AML Act has helped put FinCEN in the position to address today’s challenges, such as illicit use of digital assets, corruption, and kleptocrats hiding their ill-gotten gains in the U.S. financial system, including through American shell companies and real estate,” he told the committee.

“Congressional support for our FY 2023 budget request is critical to FinCEN’s success in meeting AML Act requirements and general mission obligations,” he added. 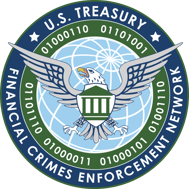 “Today, I have received a positive test result for COVID,” she said. “I am currently isolating and have no symptoms. I am following all protocols as recommended by the Office of the Attending Physician and CDC guidance.” She added that she is fully vaccinated.