CFPB to Focus on ‘Digital Redlining’ and Algorithmic Bias

The CFPB announced measures to combat prejudice in the home appraisal industry, a move supported by the NCUA.

The Consumer Financial Protection Bureau (CFPB) intends to target digital redlining and algorithmic bias in its fair lending supervision and enforcement efforts, the agency said, in its annual Fair Lending Report to Congress, released on Friday.

“While technology holds great promise, it can also reinforce historical biases that have excluded too many Americans from opportunities,” Patrice Alexander Ficklin, the agency’s fair lending director said, in releasing the report.

The agency claimed that as more technology platforms, including Big Tech firms, influence the financial services marketplace, the CFPB will be working to identify emerging risks and develop appropriate policy responses.

In the report, the agency said public accounts of racial prejudice in the home appraisal industry led its officials to place a high priority on resources to ensure an accurate and unbiased process.

The CFPB was part of a Biden Administration inter-agency task force that issued a report in March detailing allegations of poor oversight in the appraisal industry as well as of appraisal bias. At the time, the CFPB and other agencies said they would increase supervision of the industry. 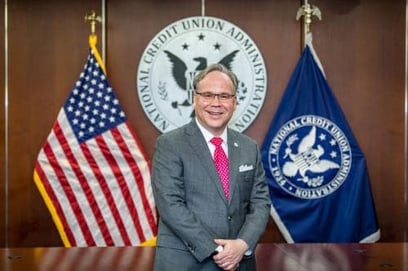 National Credit Union Administration (NCUA) Chairman Todd Harper was a member of the task force and has stated specifically he wants federal banking regulators to adopt a joint rule that would govern bias in the appraisal industry.

How the Data Will Be Collected

CFPB officials also made it clear they intend to rely on data that financial institutions are likely to be required to report on their lending to women- and minority-owned businesses. The agency has issued a proposed rule requiring the reporting of that data but has not yet issued a final rule.

“The data collection intended with this proposed rule will allow the CFPB, advocates, industry, and other stakeholders to better monitor small business markets and community development needs to foster an inclusive and competitive small business lending market,” the agency stated.

Agency officials said much of its fair lending work during the past year was focused on people and communities of color, along with those at risk of losing their housing or unable to access credit for small business. Addressing the economic harm caused by the coronavirus pandemic was another major area of focus, they added.