Credit unions and banks would be prohibited from discriminating against people based on race, color, religion, national origin, sex, gender identity, or sexual orientation, under a bill introduced in the Senate by Banking Chairman Sherrod Brown, D-Ohio, and 18 Democratic colleagues.

In introducing the measure, the Democrats noted that while the Civil Rights Act of 1964 outlawed discrimination in places of accommodation, it does not cover financial services. As a result, they said, it limits legal recourse against racism in the sector. 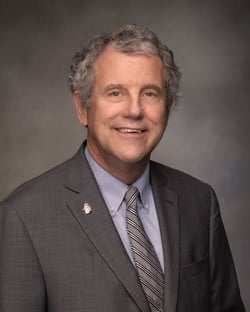 The Democrats added further that many of the nation’s largest banks have come under fire for racial profiling and other discriminatory practices, citing the specific instance of a large bank recently apologizing to a film director after assuming he was a bank robber.

The bill has been introduced in past Congresses and has not been enacted, so chances of enactment this year may be slim.