Legislation could potentially allow credit unions to offer services to some cannabis-related businesses.

Sen. Cory Booker, D-N.J., a key cosponsor of comprehensive Senate marijuana legalization legislation, said late last week that he is willing to cut a deal on a smaller bill that could include cannabis banking.

“Look, I’m a compromise guy,” he said, in an interview with “N.J. Spotlight News.” “New Jersey sent me down here to get things done—not to make stands where I make good points but don’t pass bills.”

Booker has joined Senate Majority Leader Charles Schumer, D-N.Y., in introducing legislation that would legalize marijuana and provide “restorative justice” to people who have been convicted of marijuana-related crimes.

In the interview, Booker referred to the legislation as the “gold standard” of marijuana bills. 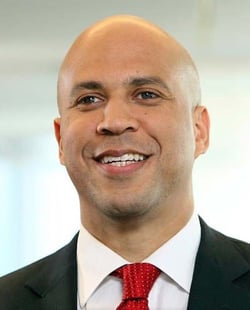 He conceded that enactment of that bill may not be possible this year, and so he might settle for less. In the past, he has said he would not agree to a marijuana banking plan unless it was included in a larger bill.

However, Booker and other Senate Democrats have been under pressure to pass legislation that would provide credit unions and banks with a regulatory safe harbor if they provide financial services to marijuana-related businesses in states where cannabis is legal.

The House has passed that legislation several times. The bill’s primary House sponsor, Rep. Ed Perlmutter, D-Colo., is retiring at the end of this year. Perlmutter has vowed to try to attach the marijuana banking provisions to any vehicle possible this year.

The Senate Armed Services Committee did not include the cannabis proposal in its version of the FY23 defense bill and the Senate itself has not yet considered that bill. However, since it is in the House-passed version, the issue will have to be settled when the House and Senate go to conference on the bill, which is considered must-pass legislation on Capitol Hill.