May board meeting focuses on agency’s equity ratio and credit union use of distributed ledger technology.

The National Credit Union Administration (NCUA)’s equity ratio is expected to drop to 1.25% in June—well below the 1.33% normal operating level set by the agency board last year.

Despite that news, agency board members did not express any immediate distress during their monthly board meeting Thursday.

“At just over $20 billion,” he noted, “the National Credit Union Share Insurance Fund is as large as it has ever been.”

NCUA Chairman Todd Harper said that, “Although the equity ratio sits below an ideal level, it remains relatively stable.”

What Happens if the Ratio Drops Further?

In the past, Harper asked Congress for the additional flexibility to charge a premium when the equity ratio was high, in an effort to ensure the agency could adjust during economic downturns.

However, the chairman did not mention that proposal Thursday.

“The NCUA Board must continue to monitor the Share Insurance Fund’s performance and remain ready to act,” Harper said. “Such monitoring includes assessing the effects of the changing interest-rate environment on the Fund’s portfolio.” 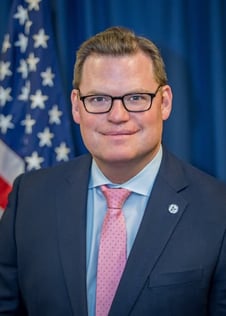 Harper also claimed that with interest rates increasing, the agency is developing guidance for examiners on how to work with credit unions whose sensitivity to market risks and other risks has increased.

He added that, due to the interest rate increases, the NCUA is adjusting its investment strategy from a seven-year ladder to a ten-year ladder.

Scheid further reported that the number of credit unions in serious financial trouble has dropped from 129 in December, 2021 to 125 at the end of March. He also noted two credit unions were liquidated during the first quarter of 2022, with fraud a factor in both cases.

The three board members also said they were pleased with the agency’s letter to credit unions making it clear that the institutions may, with proper safeguards, use distributed ledger technology (DLT).

Hauptman claimed the letter proves that “America’s credit unions are an open market” for companies offering that technology.

In the letter, sent to credit unions this week, Harper said the emerging use of financial technology is creating opportunities for credit unions and the NCUA board is exploring how the agency can provide clarity around expectations for its use.

“DLT used as an underlying technology by credit unions is not prohibited if it is deployed for permissible activities and in compliance with all applicable laws and regulations, including applicable state laws or state supervisory authority requirements,” he wrote. 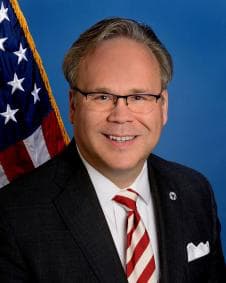 Harper added that a credit union’s board of directors must be notified of its use as well as how using it aligns with the credit union’s strategic objectives and risk tolerances.

In assessing the use of the technology, he stated credit unions must evaluate the information and cybersecurity risks, the legal and compliance risks, the liquidity risk and the risk associated with the use of third parties.

Additionally, Harper explained that NCUA examiners will consider “the rigor with which credit unions exercised good judgement, applied sound risk management, and executed compliance and risk oversight of acquisition or development and deployment of new systems and technology.”